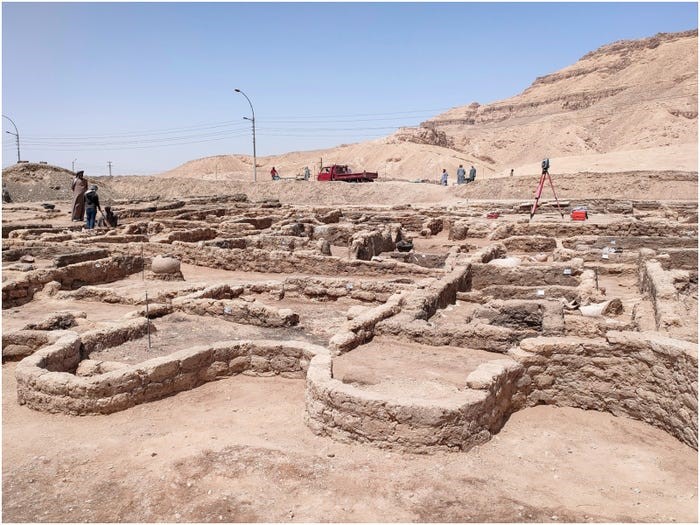 The Egyptian mission under Dr. Zahi Hawass found the city that was lost under the sands and called: The Rise of Aten. The city is 3000 years old, dates to the reign of Amenhotep III, and continued to be used by Tutankhamun and Ay.

The Egyptian expedition was surprised to discover the largest city ever found in Egypt. Founded by one of the greatest rulers of Egypt, king Amenhotep III, the ninth king of the 18th dynasty who ruled Egypt from 1391 till 1353 BC. This city was active during the great king’s co-regency with his son, the famous Amenhotep IV/Akhenaton. It was the largest administrative and industrial settlement in the era of the Egyptian empire on the western bank of Luxor.

‘The city’s streets are flanked by houses, which some of their walls are up to3 meters high,’ Hawass continued, ‘we can reveal that the city extends to the west, all the way to the famous Deir el-Medina.’ Betsy Brian, Professor of Egyptology at John Hopkins University in Baltimore USA, said ‘The discovery of this lost city is the second most important archeological discovery since the tomb of Tutankhamun”.

Work is underway and the mission expects to uncover untouched tombs filled with treasures.