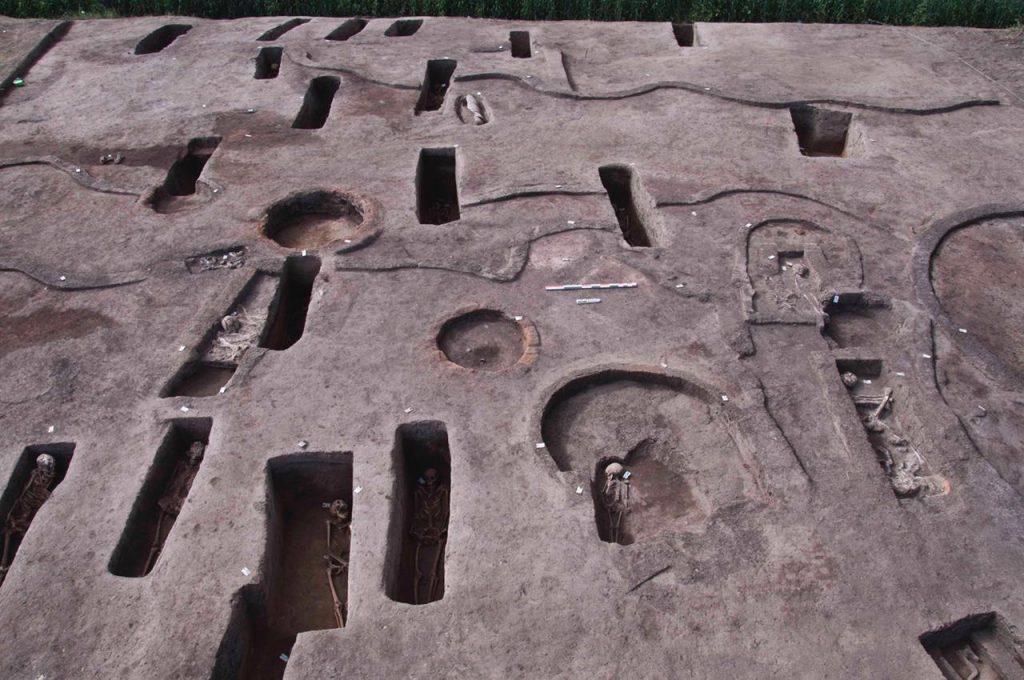 The archaeological mission working in excavations in Kom Al Khaljan site, Daqahleyya governorate, succeeded in discovering 110 tombs dating back to three different civilizations: the civilization of Lower Egypt known as Bhutto 1 and 2, the Civilization of Naqada III, and the second transition era known as the Hyksos period.

Dr. Mustafa Waziri, Secretary-General of the Supreme Council of Antiquities, stated that this discovery is an important historical and archaeological addition to the site, where among the tombs found are 68 dating back to the period of the civilization of Lower Egypt and five tombs from the era of Naqada III and 37 tombs from the era of Hyksos. The excavations will continue to reveal more secrets from this region.

The mission also discovered a collection of ovens, stoves, remnants of brick buildings, crockery, and amulets, some of which were made of semi-precious stones and ornaments such as earrings.