The Opening of the Southern Tomb at Sakkara 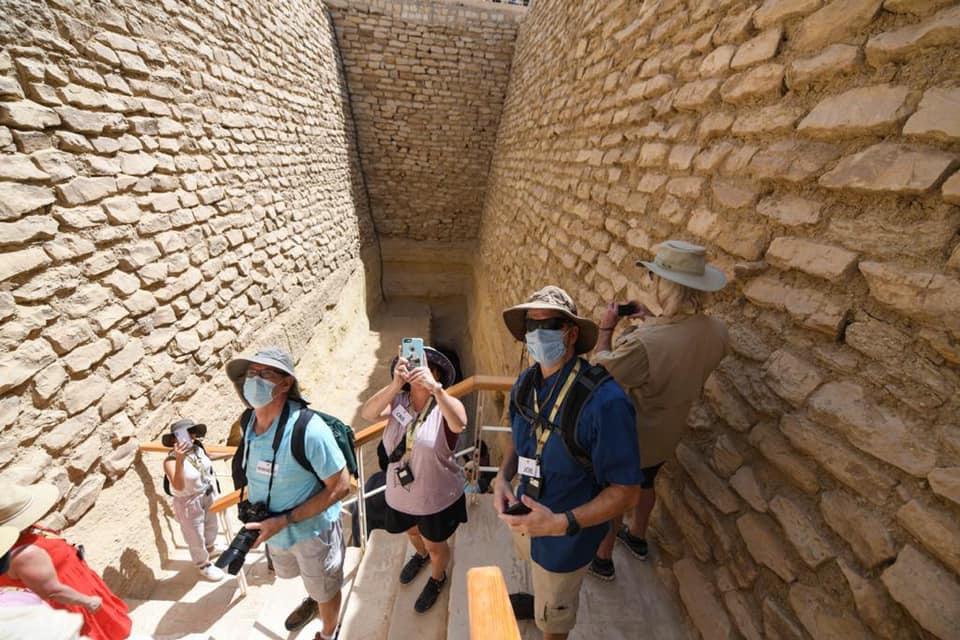 On September 13 2021, Dr. Khaled Al-Anani, Minister of Tourism and Antiquities, inaugurated the project to restore the southern tomb of King Djoser in Saqqara, after completing the restoration work, which began in 2006.

The southern tomb is located in the southern corner of his funerary complex in the Saqqara antiquities area. It can be accessed by a stone staircase that leads to a door carved in the rock as well, then the entrance corridor with a stone staircase that leads in turn to the cemetery door, which leads to the interior corridors leading to the level of the cemetery spaces and the container for murals decorated with blue faience.

In the tomb there is a well at the end of it, a burial chamber containing a huge sarcophagus made of pink granite, similar to the burial chamber in the Step Pyramid.

The cemetery was opened for visits starting September 14 2021.