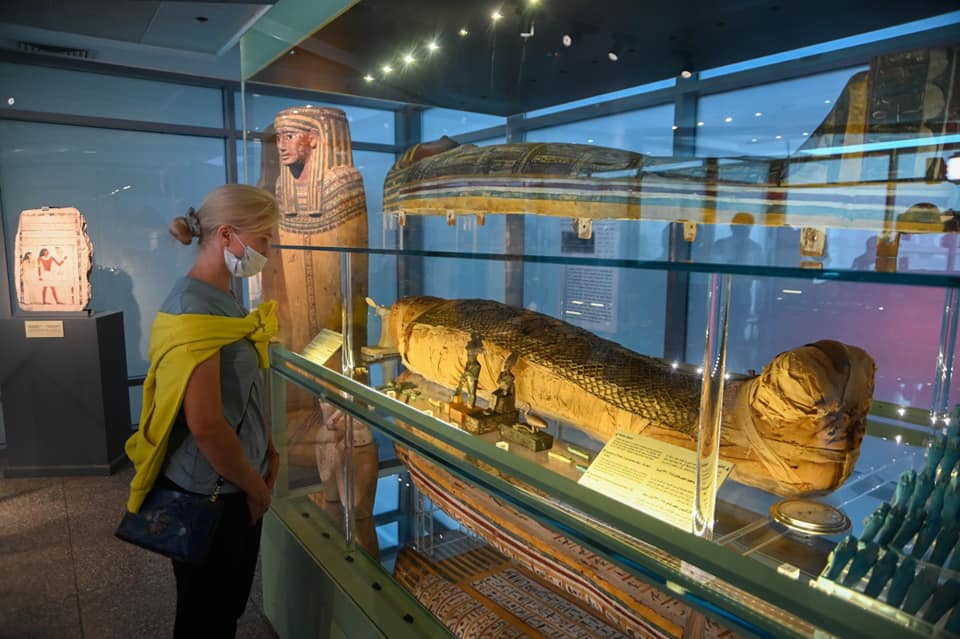 The museum in Terminal 2 displays 304 artifacts on an area of 100 square meters, reflecting the ancient Egyptian’s interest in the other world as a place for eternal life, as well as highlighting the artistic features of ancient Egyptian, Roman, Greek, Coptic, Islamic and modern times. The museum also includes pieces highlighting Egypt’s being the cradle of heavenly religions that have gathered under its shadow in peace and harmony.

The Terminal 3 Museum houses 59 carefully selected artifacts by the High Committee for Museum Display from the collections of the Stores of the Egyptian Museum in Tahrir, the Coptic Museum of Ancient Egypt, the Museum of Islamic Art in Bab Al Khalq, and the Ashmoneen Museum. It dates back to the ancient, central, and modern times of the Ancient, Central, and Modern State, and the Roman and Greek periods. Among the most important objects on display is a statue of the Egyptian writer from the fifth dynasty, two pre-dynastic pieces, a collection of statues of the Greek and Roman periods, the statue of Queen Hatshepsut of the modern state, some rare pieces, and Coptic icons from the 18th century, as well as a collection of coins, Qur’ans and decorative dishes dating back to different Islamic times.