The Opening of Abdeen Palace to Visitors 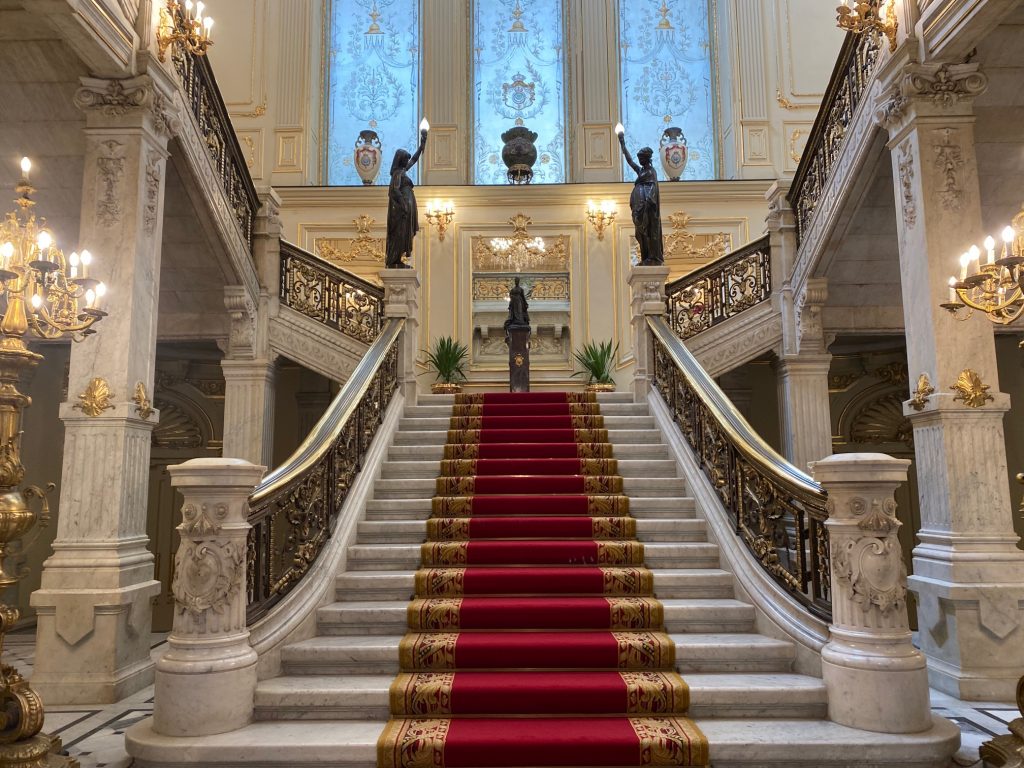 Abdeen Palace marks the inception of modern Cairo. The city that came to life upon orders of Khedive Ismail to turn into a token of European style embracing spacious squares, wide streets, palaces, bridges on the Nile, as well as gardens with trees and rare palm trees.

The palace was constructed upon an order by Kedive Ismail after he was enthroned in 1863. The building process lasted for 10 years. The palace is named after Sultan Abidin Bey, a military leader during the reign of Mohamed Ali who owned a mansion in site of Abdeen Palace. Khedive Ismail bought the palace from the military leader’s widow. Later, he built the Saray on that same land, seizing the large landscape surrounding it.

The palace contained 500 rooms and halls when it was first built. All covered by colored marble floors decorated with Alabaster. The doors and the windows are made of colored glass, on which there are paintings of trees, seas, angels and birds. The ceilings bear delicate geometrical, protruding and gilded ornamental embossments depicting Arab, Islamic and Italian motifs. Grandiose staircases are covered by lush red carpets.

The palace has been recently open to visitors, but only for groups with a minimum size of 10 guests. Palace Tour must be booked at least three days in advance.