The Inauguration of the Mausoleum Dome of Al Imam Al Shafeie 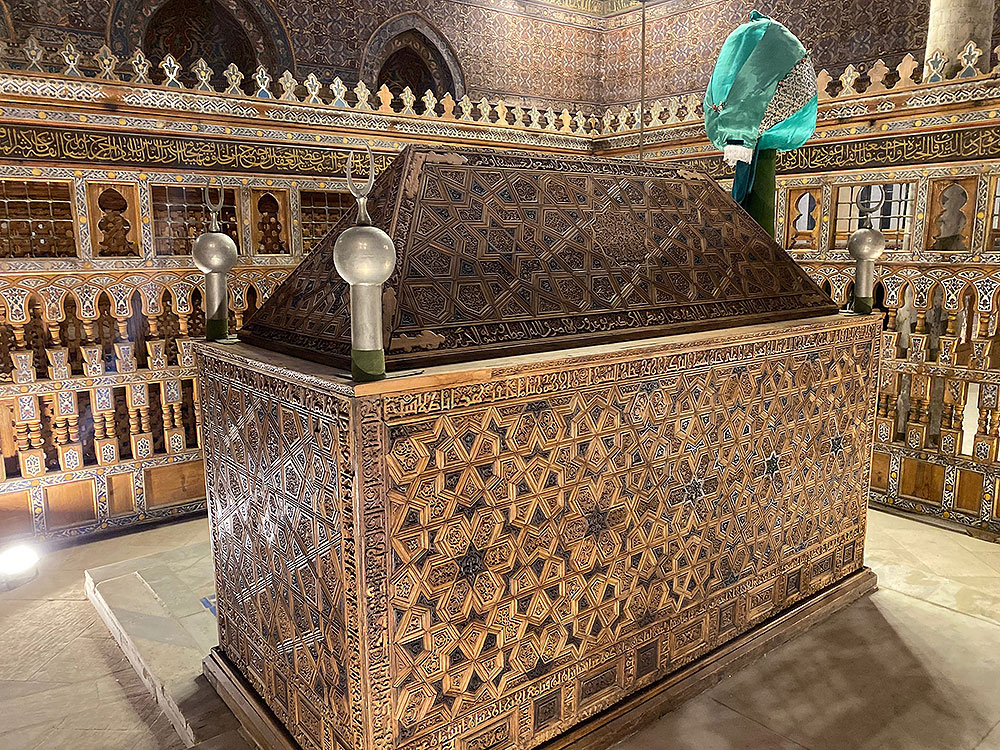 On April 18 2021, the mausoleum dome of Al Imam Al Shafeie was inaugurated after completing the conservation and maintenance project which has started in 2016.

Al Imam Al Shafeie is Mohamed Bin Idris Bin Al Abbas Bin Othman Bin Shafie, known as Imam Al Shafeie. Al Shafeie was born in Gaza in the year 767 AD, and grew up in Makkah Al-Mukarramah and studied under the Imam Malik, owner of the Maliki school of Sunni jurisprudence. Al-Shafeie came to Egypt in 813 CE and gave his lessons at the Mosque of Amr Ibn Al Aas, He died in the year 819 AD and was buried in the cemetery of Ibn Abd Al Hakam’s children in Al Qarafa Al Soghra.

During the reign of Salah El-Din El-Ayyubi, he built the mausoleum of Al Shafeie in 1176 AD, which was the first building to be built on the tomb of Al Shafeie. The current mausoleum is attributed to the Ayyubid Sultan El Kamel Mohamed, who built it on the site of a former Fatimid mausoleum. In 1178 AD, the wooden sarcophagus that tops the soil was completed. and the name of its maker (Ubayd al-Najjar) are written on it in Kufic and Ayyubid script. The current wooden dome is one of the renovations made by Sultan Qayetbay in 1480 AD, as well as the mausoleum. Also Sultan Qansuwah Al-Ghoury, and the governor of Egypt, Ali Bey Al Kebir, also renewed it.