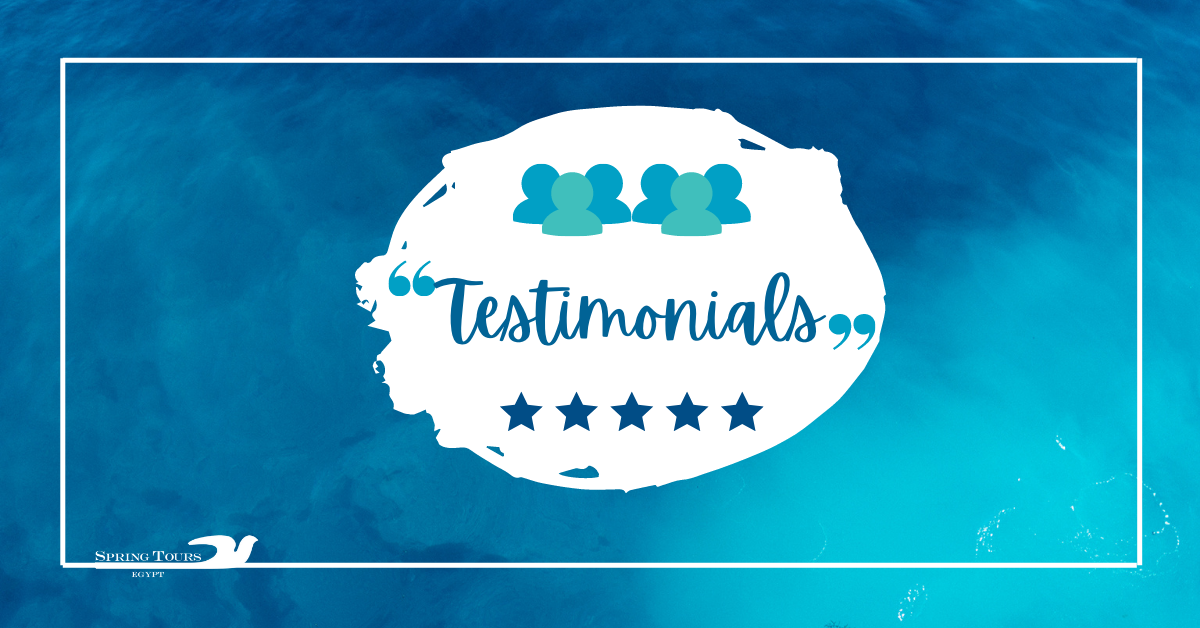 I’ve been to Egypt three times now. While it is absolutely essential to visit the pyramids, you only need to do it once. They are very impressive, but in the end, they’re undecorated piles of rock.

While in Luxor, take the hot air balloon ride over the Valley of the Kings and Queens. It’s breathtaking.

Also, there are other Temples to visit. One of my favorites was Dendara. It’s about an hours car ride outside of Luxor, but so worth it. For one, it’s out of the way so you avoid the crowds. We were there with perhaps 30 other people. They were restoring the temple when I was there, and you could see much of the original paint in many places, especially the ceilings.

I would also highly recommend taking a Nile River cruise from Luxor to Aswan. Depending upon the cruise, you can take a week visiting various temples and archaeological sites. While at Aswan, make sure to visit Abu Simbel, the temple that an international effort moved to higher ground when the Aswan Reservoir was filling.

There is also the beautiful city of Alexandria on the Mediterranean coast, and the Red Sea resorts at Hurgada, and more resorts at Sharm-al-Sheikh on the Sinai.

Trust me, Egypt has FAR more to offer than the pyramids. Not get me wrong, go see the pyramids, they are the last surviving Ancient Wonder for good reason, but one afternoon there is enough. There’s too many other things to see.

I used Spring Tours in Cairo. They have excellent tour guides and have a very high level of professional skills, aimed at making customers feel safe and satisfied.

I am not a representative of the company, I am just a customer who used them twice.

I just returned from the vacation of a lifetime. Spring Tours is very reputable and I am planning my next adventure for 2019. The guides are extremely knowledgeable and make sure you are safe and well looked after.

Awesome tour company! I just got back from Egypt last week and I had the trip of a lifetime. I booked a private tour as I tend to take a lot of photos and like to wander around a lot by myself. The tour guides were very flexible and very patient with me considering all of the photos I had to stop and take. If you book with them I would recommend asking for Hamdy as the driver in Cairo, Sherif as the representative, and Mohamed Mostafa as the tour guide. They were all great! In Luxor, I had Adel Sabra as my representative and Hosny Shehata as my tour guide. I am keeping in touch with most of them and recommending them to my friends as well if they book with Spring tours!

Spring Tours gave us wonderful tours in Cairo, Aswan, and Luxor. Egypt is so much fun!

Absolutely the best!! Assem is Awesome!! His knowledge, humor, patience, Good energy, good jokes, and just all around company, made the the trip amazing! Spring Tours is a must to maximum the visit to Egypt!

We from Sri Lanka organized our Annual Family overseas trip in December 2017 to Egypt . We stayed from 16th December to 22nd December 2017. It was an awesome and full of fun. Spring Tours in Egypt did a marvelous Job by taking us to various historic places and various icons in Cairo and Alexandria. Very BIG THANK YOU to our Tour Guide Mr. Ahamed and Mr. Gammal.

Wonderful guides - especially Hany in Cairo, and Khaled Ezzat on our Nile cruise. Everything was so well organised, our drivers were all just fabulous. The co ordinators were just so helpful and nothing was too much trouble. Our guide Khaled was just the most informative person - we learnt so much about Egyptian culture and of course, Egyptian history. I cannot recommend this highly enough. Coming from Australia and having our dream holiday - with Spring Tours making it a trip we will carry with us forever. We met people as strangers, but we left Egypt as friends. Thank you.

Spring Tours provided exceptional care, and provided a personalized itinerary for me. Very reassuring for a woman traveling alone.

John Tyler and I recently were on a tour called “Wonders of Egypt” thru Insight/Spring Tours, 15-23 September, plus 3 days at the Mena House. The trip was wonderful, thanks to the excellent service. Our Egyptologists, Hany Ata and Saleh Arab, we’re both quite knowledgeable, courteous, affable, and fun. Our driver, Abdel Haleem Abd Razek, got us to our sites safely and timely, and was always courteous. Finally, our Tour Director, Mohamed El Sharif, always made sure everything went smoothly. I am especially thankful for his help (along with Osama Haridy Ali), after I had a health emergency inside the Great Pyramid. Mohamed came to the public hospital where I was, and transported me to the heart hospital for more treatment. Thanks to him and his staff, I was well cared for, and we were still able to catch our flight later that evening. This was a dire situation, and I am forever greatful to him.

Again, thanks very much for everything. شكرا لك

I look forward to returning to Egypt with my wife the next time.

My wife and I just had an amazing 4 day trip on M/S Medea from Luxor to Aswan.

Spring tours helped with everything. Transport from hotel in Cairo, flight tickets, transport to and from the boat, an excellent private guide, who showed us the most beautiful temples. We learned a lot about the ancient Egyptian culture and history.

The boat was very nice, a luxurios cabin, sundeck with a pool on top and a beautiful restaurant. But the best part was the lovely, helpful and smiling crew on board. Thanks to Spring tours and all the nice people we met on our journey, we had the best 4-day trip.

I would like to thank you for the wonderful trip you organized for us at Egypt through Spring Tours.

The guides in both Cairo & on the Nile Cruise were very knowledgeable about the history of Egypt and were also very helpful, giving us ideas where to shop, eat, travel etc.

The boat M/S Medea, which also belongs to Spring Tours, was excellent, very comfortable, both food & drinks were superb, & the Chef went out of his way to make special food for us. The manager on the boat, was wonderful, very polite & made sure we were comfortable & we got whatever we required.

Also, would like to mention that the staff wore masks, gloves etc. at all times & maintained social distancing at all times.

The trip, in short was excellent, relaxing and very enjoyable.

In the mean time I've returned from my Egypt trip and still wanted to say thank you to you and your team! It was an impressing trip on the Nile and all was excellent - the boat (La Traviata), the cabin, the food, the staff and especially Refaat, our guide!

I was really happy having booked the trip with Spring Tours!

Have you used Spring Tours services? If yes, please review us on Facebook! Thank you!