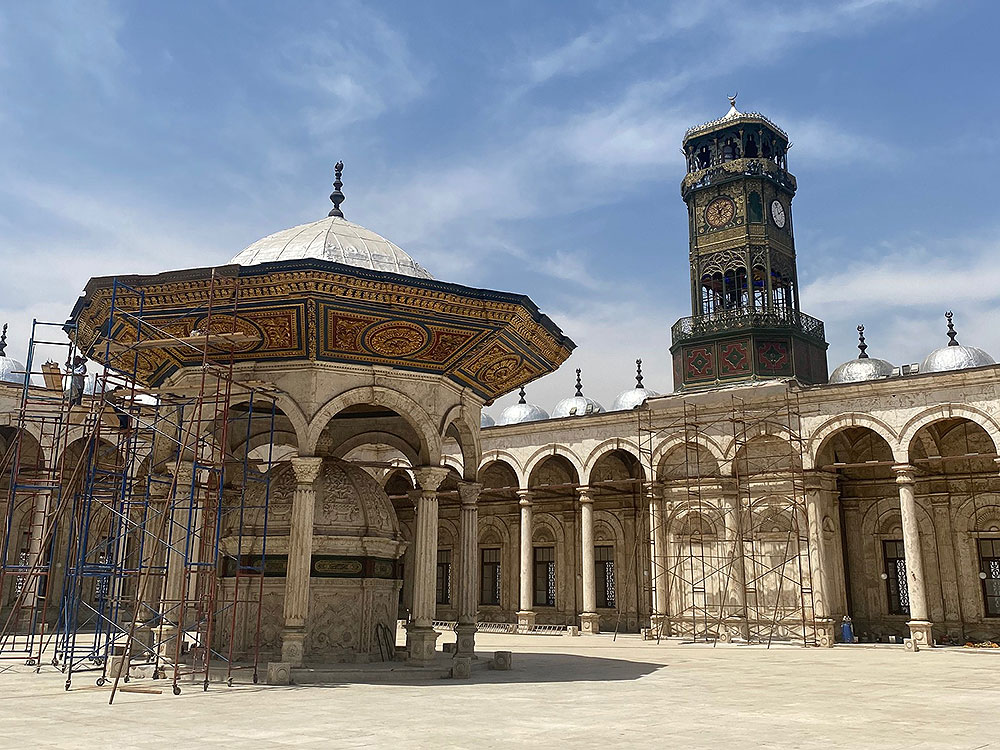 The Mosque of Mohamed Ali is located inside the Citadel of Salah El Din Al Ayyubi in Cairo. It was built by Mohamed Ali Pasha (1805–1848 AD), the founder of the Mohamed Ali Dynasty (1805–1953 AD), on the site of Mamluk palaces. He had these demolished to make room for his new building, which is also known as the “Alabaster Mosque”, in reference to its marble paneling on its interior and exterior walls. The mosque’s twin minarets are the highest in all of Egypt, each reaching a height of 84 meters.

The outer open court contains a copper clock tower, which was gifted to Muhammad Ali Pasha by Louis Philippe of France in 1845 AD. Mohamed Ali Pasha reciprocated the gesture with an obelisk of Ramesses II’s (c.1279–1213 BC) that stood in front of Luxor Temple. Today, it stands in the Place de la Concorde Square, Paris.

Restoration work is currently taking place at the Alabaster Mosque of Mohamed Ali Mosque within the Citadel of Salah El Din in Cairo.

The clock tower and the clock itself are currently being restored. Restoration work also includes the painting of the mosques’ domes from the outside, restoring the ablution fountain in the mosque’s courtyard…

The next time you will visit the mosque, it will certainly look different from the last time you saw it!